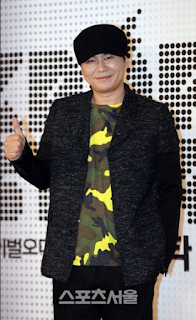 YG Entertainment has responded to reports of a new audition program.

Industry representatives reported on August 6 that YG Entertainment is launching a hip hop idol audition program, and high-rank staff members have created a new team in charge of the show.

According to the reports, the program will be broadcast not via television but through a different method with Naver.

One source commented, “It’s a new attempt they wanted to try for awhile. It’s different from a simple audition, and it will officially begin in October after a preparation period.

In response, a representative from YG Entertainment clarified, “It is not an audition program,” and explained, “PD Han Dong Chul is planning a hip hop program that is completely different from ‘Show Me the Money.’”
Source :  Naver
Source : Naver
Trans by : Oh_mes