BILLBOARD : WINNER Cheer On ‘The Masked Singer’ Ahead of American Remake of Hit Korean Show 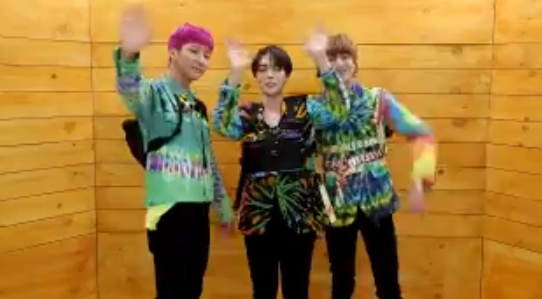 Fox is premiering its brand new show The Masked Singer Wednesday night (Jan. 2) at 9 p.m. ET, and some popular South Korean boy bands want viewers to tune in to the American remake of the hit show King of Mask Singer.

Soon before the show premiered, its official Twitter account shared three videos featuring BTS, Wanna One and WINNER. In each video, the acts cheered on the show’s success, and had a bit to say.

Meanwhile, WINNER, who appeared without member Mino, shared well wishes for the show in Korean and English and wished audiences at home a happy new year

Kick off your new year with us and with this greeting from @yginnercircle. 🎉 Don’t miss the premiere of #TheMaskedSinger tonight at 9/8c on @FOXTV. pic.twitter.com/NZK15WZF5H