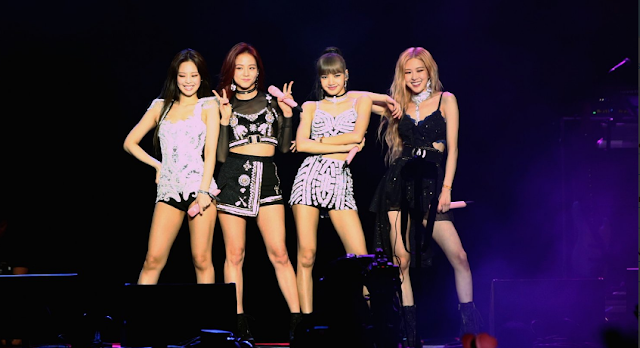 At 8:00 PM on the dot on Friday (April 12), BLACKPINK made their highly-anticipated US festival debut, taking the domed Sahara Stage at the Coachella Valley Music and Arts Festival by storm.

The crowd spilled out of the stage’s limits, stretching as far as some nearby food vendors, and the air was positively charged with excitement. In turn, BLACKPINK was ready to give their audience everything they’d been hoping for; from the very first notes of opener “DDU-DU DDU-DU,” the group proved that they were not here to mess around.

As the group welcomed everyone to their first-ever performance at the festival, Lisa told the crowd she was “excited to be here tonight,” while Jennie called it “an honor to be a part of Coachella.” Rosé also invited fans to sing along, even though it “might be hard because some of [the words] are in Korean.” Later, she exclaimed, “I can’t believe how many people have rocked out tonight. We are all so hyped up!”

Wearing sparkly dresses and two-piece sets, Jennie, Rosé, Jisoo and Lisa shimmered under the colorful lights, performing their signature choreography. The production was no less impressive: the Sahara Stage had multiple screens of varying sizes, and the group made use of the unique setup by projecting galaxy-esque visuals and colorful lyrics to some of the songs.

Other highlights of the unforgettable set: the group leading the crowd through two rounds of the Mexican wave, Jennie performing “Solo” with backup dancers, and their full band playing an epic instrumental transition.

“Kill This Love” also got one of the biggest responses of the night, with the horn-filled chorus echoing across the desert. The stage pulsed red as smoke swirled around the women, and background dancers wearing military-inspired outfits added to the epic number. Above all, the crowd yelling “BLACKPINK in your area!” in unison was undeniably special.

“Coming all the way from South Korea, we didn’t know what to expect,” Rosé later said. “Obviously, we, you guys and us, are totally from different worlds, but tonight, I think [that] music brings us as one.”