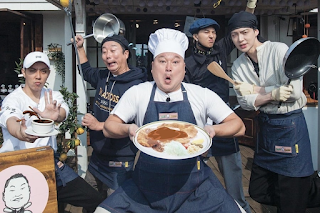 ‘Kang’s Kitchen 2’ to start its business tomorrow May 4th!

The show will be broadcasted later after current airing ‘Korean Hostel in Spain’. They are also launched official Instagram for Kang’s Kitchen 2. Follow their instagram bellow